If you are growing pumpkins in your garden, right about now they have grown to a very nice size and may just be starting to turn from green to yellow. In a month, they will grow larger and begin turning from yellow to that delightful orange color so synonymous with fall. If you do not grow your own pumpkins, maybe you visit a pumpkin patch in your area to pick pumpkins with the kids to carve and/or decorate. What you should not do is pick pumpkins with the assumption that all pumpkins are edible. They are not. Here is how to know the difference, and why not all pumpkins are "eating pumpkins."

Hundreds of Varieties of Pumpkins, Only Some Worth Eating

Pumpkins have been around for hundreds of years. They were used by Europeans in the dark ages to ward off evil spirits, but also as food. Native Americans referred to them as winter squash because the edible varieties had hard shells encasing thick, squash-like innards for eating and were typically only ready to harvest close to or just after the first frost. While there are hundreds of varieties of pumpkins, there are only a few dozen worth eating. The ones worth eating have very different coloring and shell patterns from those that are grown just for carving.

The Pumpkins Worth Eating

Pumpkins you can eat are buff-colored, cream-colored, yellow-and-green, and a few that have reddish veins or ruddy skins. Some are exceedingly bumpy and rather ugly, and these are good for eating too, even if they do not look all that pretty. A true eating pumpkin will have thick flesh that goes straight to the heart of the pumpkin. If you were to slice an eating pumpkin, it would come out looking like a slice of cantaloupe with fruit to the middle of the slice.

Carving pumpkins are hollow, or nearly hollow. They do not have as much fruit/flesh inside, nor a profuse amount of seeds. A lot of people like toasting, salting, and eating the seeds, but the flesh of carving pumpkins is really lacking in any sort of pumpkin flavor at all. Additionally, carving pumpkins are almost always larger in size and deep or bright orange. Carving pumpkins were intentionally hybrid-grown over centuries to produce a pumpkin that is hollow, and will be easier to gut and to place a burning candle inside of without the pumpkin's remaining fibers putting out the candle's light.

For more information on pumpkin varieties, consider visiting a pumpkin patch like the one at Tony's Nursery. 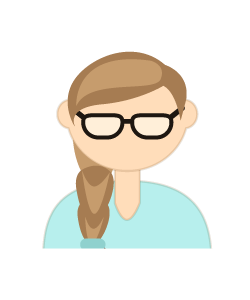 About a year ago, it occurred to me that my yard needed a little bit of work. The weeds were growing quickly, the flowerbeds were unkempt, and some of the trees had grown out of control. In addition to making my yard look terrible, I was also concerned about the threat of falling branches, which is why I started focusing more seriously on making my garden more beautiful. I hired a team of professional landscapers to come out and make a few changes, and it was really incredible to see the difference that they were able to make. This blog is all about making your garden lush and beautiful.

Why Gutter Covers Should Be The First Addition You Make To Your New Home
28 October 2022
When you first move into a new home, you probably have visions of all sorts of renovations and minor additions you can make to truly make it feel like …

3 Concrete Reasons Why You Should Invest In Awning Installation
8 September 2022
As a homeowner, you should never get too comfortable that you forget to work on your home. Instead, you should always strive to make home improvements …